When renting a car, most people see it as an easy way to drive around on vacation or put miles on something other than their pride and joy. While both are good aspects of car renting, one use of this service is to find your dream car and test it out. Once you have made a decision on a car you want, it’s very easy to jump the gun and buy the first one you see. Now, if it ends up working out and you love the car, that’s great! But if it doesn’t, you may have just caught insane amounts of depreciation if it’s a new car, and a lot of time wasted trying to buy and sell it. This can all be prevented by just spending some money and giving your dream car a spin. Always rent your dream car before you buy.

Whether your dream car is an old, beat-up Mercedes, or a quarter-million-dollar supercar, renting it first is a great financial move. Now, you may be thinking, “Why would I pay money to rent it when I can just test drive it for free!?”, which is probably true for your average grocery-getter, but not at all for your dream car. Going on a test drive is a short experience that only shows you the driving experience for a few minutes and the basic interior amenities. Renting a car can show you what it’s like to drive your dream car for long periods of time, how easy it is to live with, and in many cases, how much your partner likes it. Where to Rent a Car

There are many big brand renters such as “Enterprise” and “Priceline” that can get you most of what you’re looking for. These can be great for your average cars and maybe even your dream car if it’s something more common. However, if your dream car is something sporty or harder to come by, a great service to use is “Turo.” It’s an app where car owners can put their cars on rent, so it’s very easy to come across some unique rides. Using any of these services will allow you to get a feel for the car you want, and make sure that it really is the car you should own. Enjoy It!

At the end of the day, this is your dream car we’re talking about. Taking it on a drive and being with it for a few days should be an exciting experience that tests your love for the car. Another good tip for renting before buying is to make sure you get the exact model and, if possible, the same color as your dream car. If your dream car is an M2, don’t settle for another “M” model; find what you truly want! You’ve most likely done your research and scoured the internet for hours awaiting the perfect car to surface, and if it’s truly your dream car, you will know by the smile on your face, and your foot on the floor!

We’ve all spent countless summer hours trying to clean our cars. It seems like such a simple task, yet often we are woefully unprepared for removing all the spots, stains, and dirt imprinted throughout the surfaces of our vehicles. Some of the impurities can be removed simply by using old rags with soap and water, but for many other pesky impurities, the best way to eliminate dirt and grime is to use a pressure washer.

A pressure washer incorporates the implementation of a high-pressure water spray to effectively remove dirt and other impurities from various surfaces, including roofs, gutters, decks, sidewalks, patios, and all types of vehicles. Instead of buying various cleaning substances with varying degrees of effectiveness, pressure washing can be used to clean your car in as little as 10 min. This method of washing also allows an individual the ability to clean hard-to-reach areas such as the lower parts of a car. Instead of kneeling for hours, scrubbing the rims of tires, or trying to reach the bottom frame of the car, a pressure washer can clean these areas within a few minutes of well-aimed streams of water.

While there are many pressure washers available to the general public that can emit streams of water ranging anywhere from 750 to 2500 psi, the best range of psi for cars is generally acknowledged as 1200 to 2000 psi. While gas and electric motors are on the market, most gas-powered pressure washers start at around 2000 psi, probably too high for most cars. Electric motors are more feasible options as they usually range from 1300 to 1700 psi. Occasionally, a strength of up to 4000 psi may be used on a car in special circumstances, such as removing graffiti or removing part of a finish on a car. Pressure washers also contain various nozzles that can distribute the water flow more evenly, lessening the total psi of the stream of water. Therefore, it is possible to use a pressure washer with a psi greater than 2000 on your car if you apply the appropriate nozzle.

While using a pressure washer, it is vital to wear the appropriate safety attire. Goggles, ear protection, heavy shoes, and strong gloves are all necessary items to wear while cleaning your car. Please note that the more powerful the pressure washer, the more noise it will emit. It is also imperative to find a unit that has a manageable weight and has a long cord.

In conclusion, pressure washing is an effective way to save time and money cleaning your car. While many different types of units can be used, generally, an electric pressure washer with a range of about 1200 to 2000 psi is usually recommended for most cars. Pressure washing dramatically changes the process of cleaning a car by both easing the process and shortening the time allotted.

There are many mechanical devices in which the use of gears is there. It plays a vital role and provides the required amount of gear reduction in numerous types of motorized equipment. If a motor that is small spins very fast, it provides the required power to that device but fails to provide enough torque. With the help of gear reduction, the torque is increased, and as a result, the output speed reduces. These helpful gears are found in many devices, such as cars and clocks.

It helps in transmitting power in machines. It transmits power from one part machine to the other in any machine. In a bicycle, its gears take the required power from both the pedals to the wheel at the back. In any car, gears help in transmitting the power. The power is transmitted from crankshaft to the driveshaft that is running under the vehicle. This, in turn, helps in running the vehicle, which helps in offering power to the wheels.

The gears can be of different sizes and shapes. There can be many numbers of gears connected together to get the required torque. Thus, it is very important that car engines should be built with gears that are of high quality. The reason is that the entire process that controls the speed is based on these gears. It helps in increasing the speed, force and also plays a vital role in changing the direction.

If high-quality gears are used in a car, it will help in controlling the speed and force of the vehicle. When climbing any hill, more power is required, and this is the time when pure speed is required. In the car, whenever you are changing the gear, you will need to press the clutch of the car, and then you can change the gears. You cannot change the gear without pressing the clutch. High quality gear will always play an important role in giving more force but will also provide less speed simultaneously.

It is very important that you buy a car that has high-quality gears. For this, you can do little research from your side before you buy a car for yourself. You can also drive the car on your own and go for a test drive. This will help you in understand whether the gear of the car works effortlessly. If the gears are not built with high-quality gear, the car will never be able to operate in a proper manner. Thus, gears play a vital role, and its importance can never be ignored. 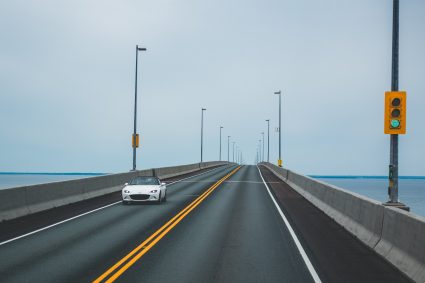 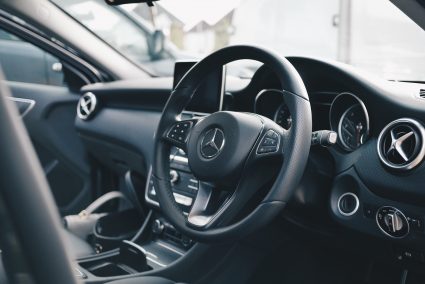